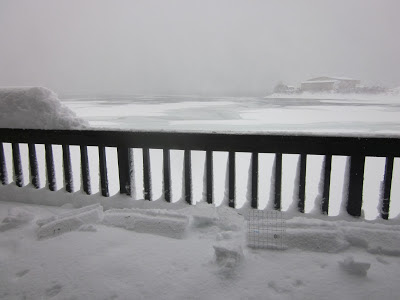 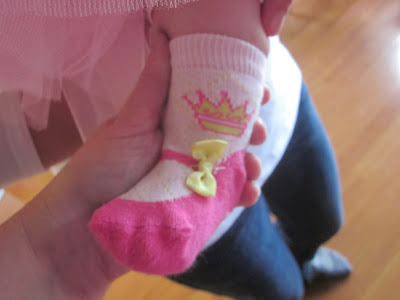 ... and my thoughts were with the owner of these cute Princess socks.  Her Mama is one of Sister DillyDally's best friends!  I remember the first time she came to our home ... it was Sister's birthday party ... they were in kindergarten.  From that moment on, I claimed her as one of my own ... she has been an integral part of nearly every DillyDally family event! 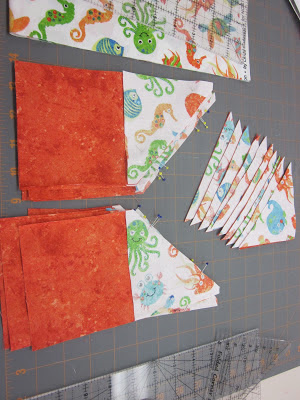 When I work on a project that is specifically for someone ... I think ... and pray on their behalf.  Sending all the positive energy I could to Mama and baby. 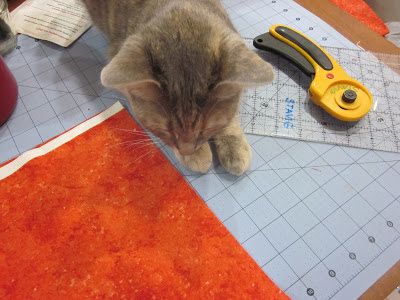 Flicka gave her blessing as well! 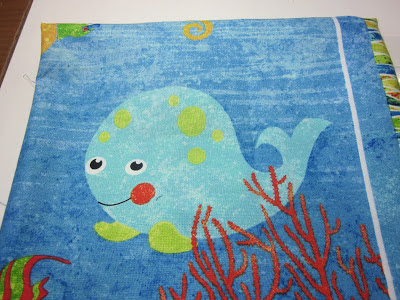 The parents chose not to find out in advance if it was a Prince or Princess ... they called it Peanut Baby.  Peanut Baby's Papa is a fisherman ... an ocean themed quilt was in order. 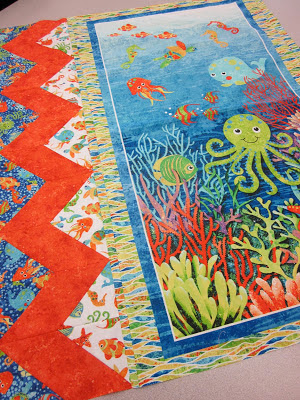 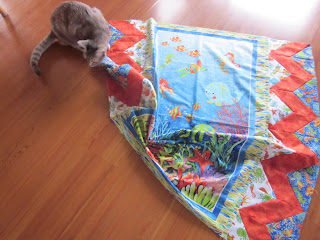 Flicka participated in only helpful ways.  ;-) 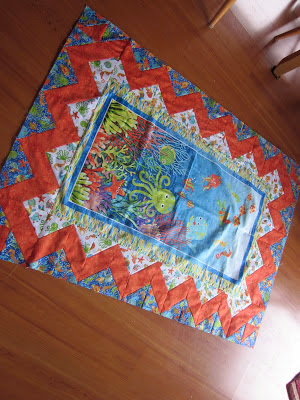 When the final border was put in place, Peanut arrived!  A Princess! 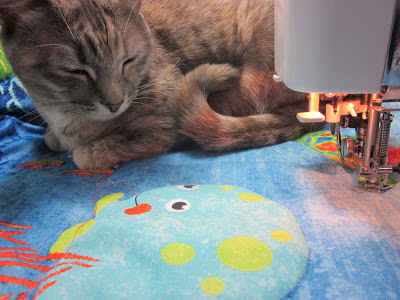 Napping while quilting isn't very effective ... Flicka never seems to get that memo. 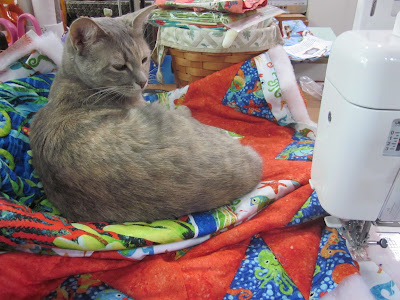 Flicka supervised binding application ... it is a wonder I get anything done!  But I would not have it any other way ... she is so much entertainment! 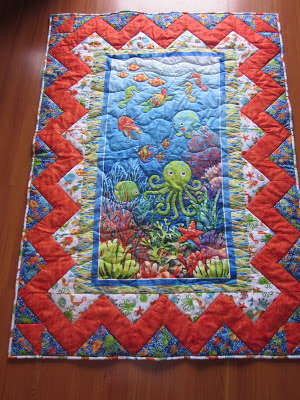 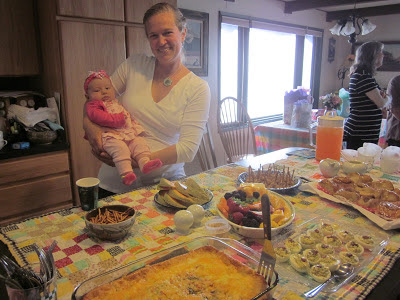 ... time to party!  Mama and Princess Peanut ... she is wearing her first official Future Girl Scout uniform!  They are both so beautiful ... in every way possible! 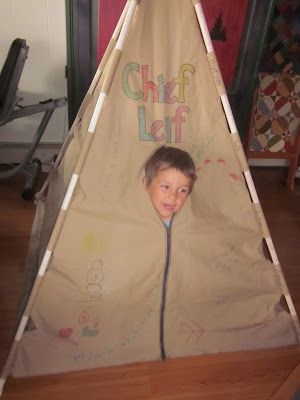 Cousin Finn, and many friends came to celebrate with the Peanut Princess!  Finn enjoyed playing in Brother DillyDally's Tipi! 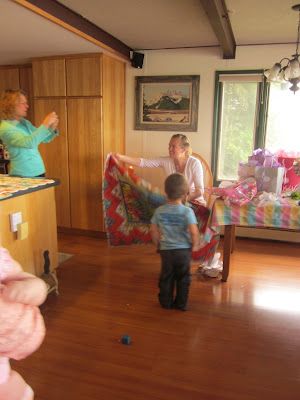 He was a big helper with presents!  Such a sweet little boy!  So patient and too cute! 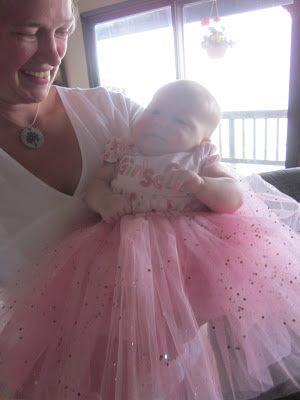 Sister DillyDally has been chosen to be the "Glamor Auntie"!  She gave Princess her first tutu (with sparkles, of course) and copy of Pride and Prejudice!  What a wonderful day ... welcome to our world Princess Peanut ... you are loved and treasured!  Your mother too!

Do what you love.  Do dillydally!
Mrs. DillyDally 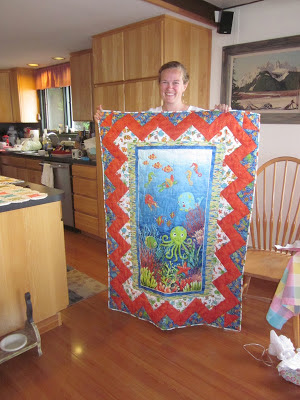