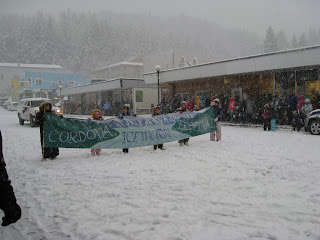 Beginning of Parade
Over the first weekend in February, Cordova has their annual Iceworm Festival.  Last night a community variety show was held where Miss Iceworm was crowned and the Citizen of the Year was announced while several community members entertained the audience.
The DillyDally family has a routine they follow on Saturday of Iceworm...first we enjoy a pancake breakfast at the Catholic Church...next is the Survival Suit Race...after that it is the Photography Show at the museum...the Iceworm Parade...Pioneer Ice Cream Social...Arts and Crafts Show...and finally FIREWORKS!  Remember...on the 4th of July it is light most of the night...so our big firework display takes place now!
Last night we had heavy rain and gale force winds...when we arrived at the Pancake Feed we had heavy rain and gale force winds...when we left the church we had huge, fluffy flakes of gently falling snow...whew!  Yes...there have been years when we either watched or participated in the parade during heavy rain and gale force winds! 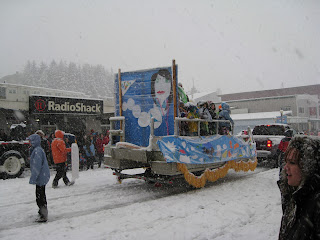 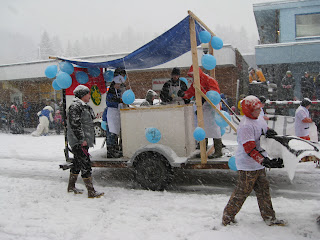 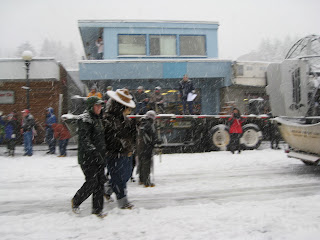 Smokey the Bear and the "Little Iceworm" (Header Photo up top) are always a hit at the parade! 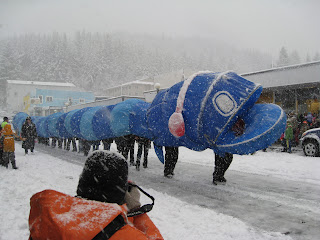 And every Iceworm Parade ends with the "Big Iceworm"!
Many people from out of town travel here to join in our festivities... 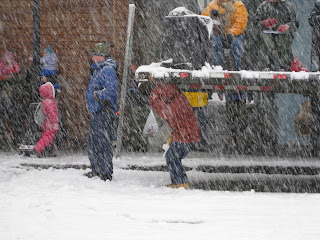 ...we knew she was a visitor when she sought shelter from the snow during the parade by standing under the flatbed stage! ;-)  The locals were celebrating the snow (much better than rain) while she was trying to avoid it!  We got quite a chuckle out of that...I just couldn't resist taking a picture! 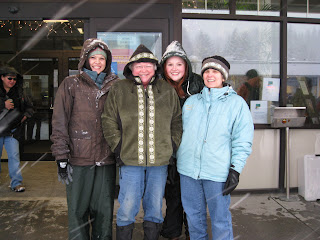 A few of us QBees ran into one another on the sidewalk...we had a hoot...giggling our way through the parade.
The day ended with a beautiful fireworks display.  This was our 25th Iceworm Festival...we love living in a small town...where celebrations are steeped in tradition and have meaning to those who live here.
I'll end this post with a slide show of some of the quilts and other art that was on display today...enjoy...
Posted by Mrs. DillyDally at 10:08 PM