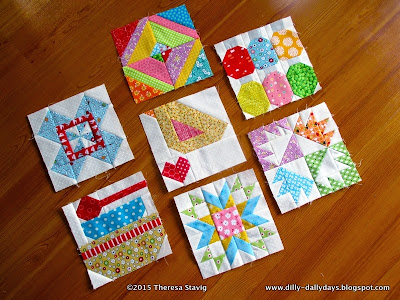 It is hard to believe that we're already four weeks in to Lori Holt's Farm Girl Vintage sew-a-long!  I love each of these little 6 inch blocks ... they have stirred up memories of my childhood on the farm!  Such fun!  Last Friday Lori had us canning and chasing chickens with blocks 6 and 7! 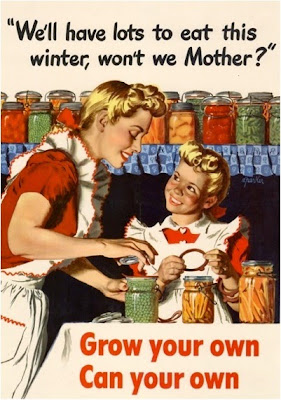 Looking back, I marvel at the garden my mother kept.  She grew enough vegetables to feed our family of six for a year or more.  As a child, it was my task to retrieve from the cellar the vegetables that would be used that day. 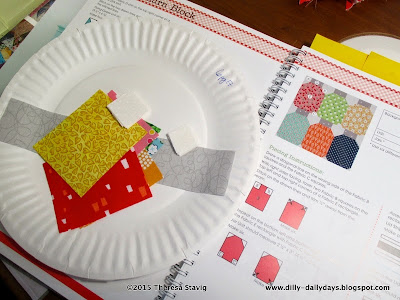 I giggle when I think about the little half pint jars of jelly and jam I can every summer.  Am sure my mother never owned that size jar!  Most everything was quart size ... pint size was reserved for relish, jam and jelly!  We must have had hundreds of jars ... I know ... I helped hand wash them! ;-) 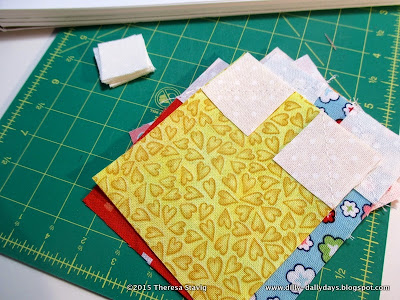 The piecing techniques for this block are simple, but the pieces are small!  When creating half inch right triangles ... accuracy is everything! 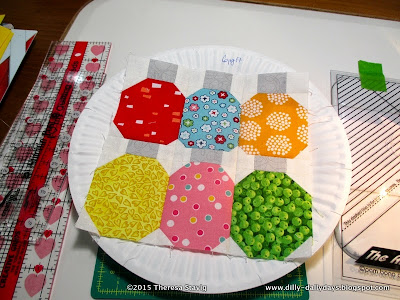 Mrs. DillyDally fun fact ... I hate dislike canned peas ... both as a child and now! 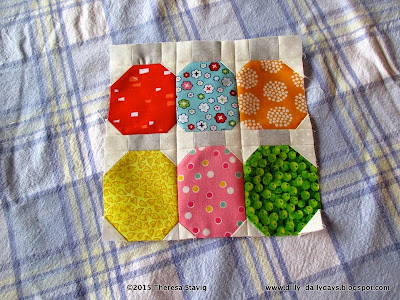 So ... of course I had to make one jar represent a jar of peas.  I could never understand how something that tasted so good when fresh, could taste absolutely awful after being canned!  Here's another fun fact ... as an adult, I have never used canned peas in any of my cooking!  ;-) 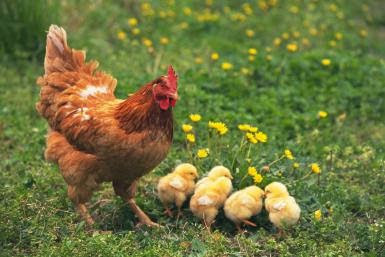 My mother had a bad experience with chickens as a child, so we only had chickens once on the farm.  She made that exception during my little sister's first year of 4-H.  Between the wildlife, barn cats and other animals on the farm, it was difficult to keep them alive.  The few that did survive ...  they became pets ... well ... you can imagine the rest.  My sister still loves chickens! 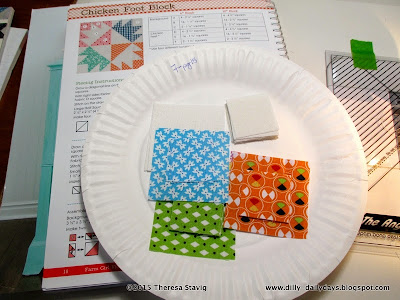 This block only involved right triangles and squares.  It took longer to choose the fabrics and cut them out than to piece the block! 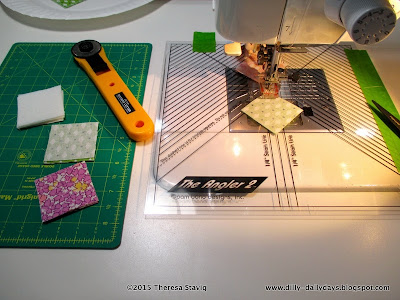 I love using Pam Bono's Angler 2 when piecing!  It really assists with accuracy and allows me to piece without having to mark most piecing lines.  If you haven't used one, I highly recommend it! 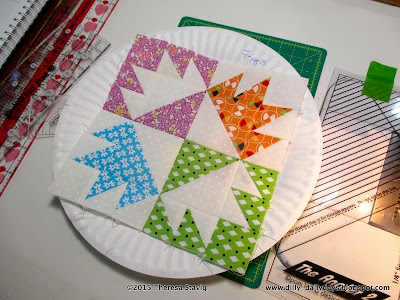 Have I mentioned ... I love patchwork! 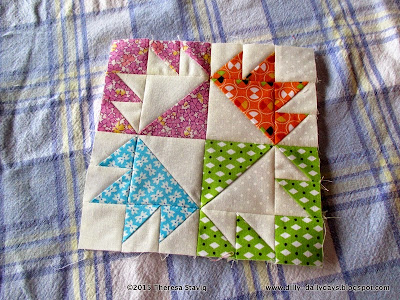 Traditional blocks like this make me happy ... and they have so many possibilities! 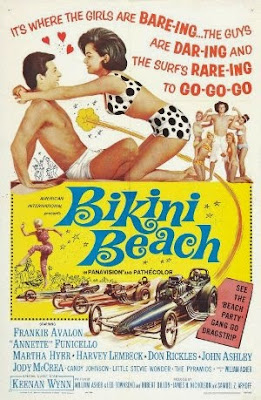 I made Friday afternoon my private little patchwork party here in DillyDallydom!  I watched the second Frankie and Annette movie, Bikini Beach, while piecing!  Too fun!  It was released in 1964 ... I was seven years old ... like opening a time capsule!  A very young Stevie Wonder performed ... such talent! 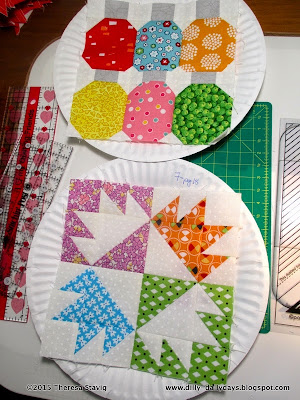 By the time the movie ended, both blocks were done! 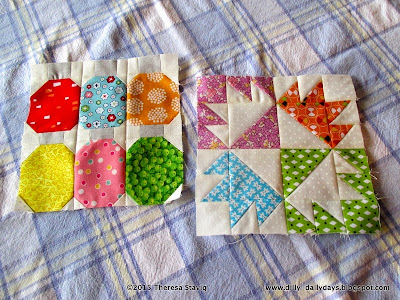 In all honesty, it is hard not to work ahead!  But I want to savor the process ... this is the first time I've done a group sew-a-long online ... and I am really enjoying the collective process!  Plus ... as you all know ... I have multiple projects in progress to work on between Farm Girl Fridays!


Do what you love!  Do dillydally!
Mrs. DillyDally