Peder is Sister DillyDally's kitty.  He's Swedish ... hence his Swedish name.  He is three years old and quite a character!  He is very protective of his Mommy and thinks that he is in charge.  It could be that he really is in charge ...  seems that way to me! ;-) 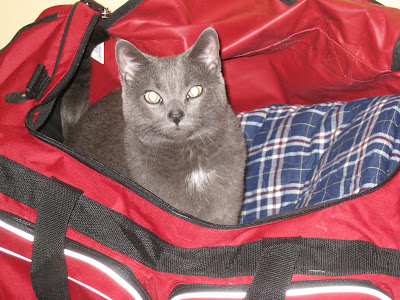 Upon my arrival, he had to immediately check out my bags!  He could smell his cousin Teacup and wasn't sure he wanted me or her scent in his castle (a studio apartment)! 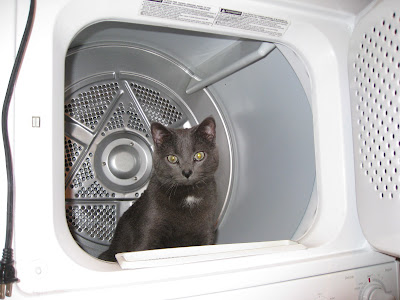 There is a stacked washer/dryer in the apartment.  Before I could get the wet laundry in the dryer, he would jump in!  I couldn't believe how fast he was ... and he refused to come out ... when forced out ... he used his fangs and claws ... are you beginning to see why I refer to him as Mr. NaughtyPants? 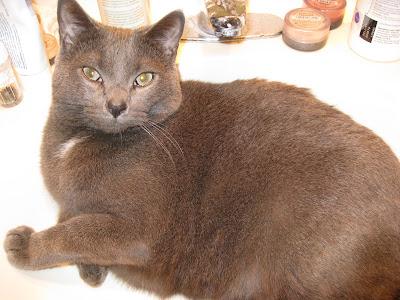 He is not a small cat ... when Sister wants to put on her makeup or fix her hair ... he lays in the sink (and fills it) ... he has figured out that if she is using the sink, she is getting ready to leave ... so he tries to prevent her from leaving ... what a naughty kitty!  In order to get ready for the day, she has to lock him up in her closet so she can use the bathroom! 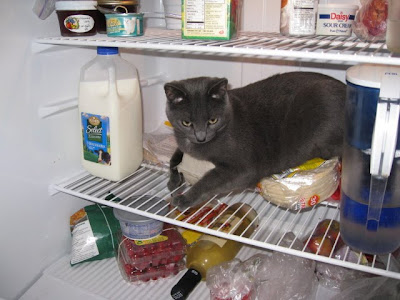 Yes ... he jumps into the refrigerator as well!  I agree that it is disgusting, but he is faster than either Sister or I.  So we have to get what we want out and then fish him out as well ... believe me ...he doesn't make it easy either! 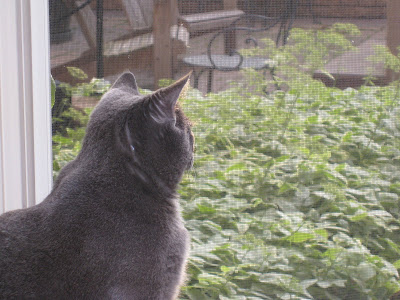 Because Sister lives in the city, Peder is an indoor cat.  She has a harness and leash for him, but he figured out how to slip out of it.  There are just too many dangers for him outside the walls of his castle.  Occasionally I would catch him ... looking longingly out the window at the courtyard ... and I would wonder what he was thinking ... now I know ... he's been living a double life.  Sister and I went to the movie theater ... look at the movie poster we saw ... 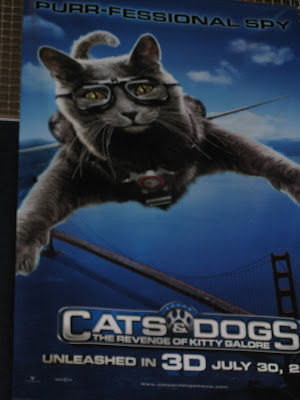 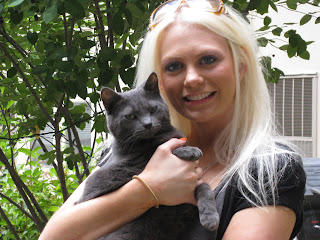 Sister is busy choosing a designer gown for the premiere ... Peder will get a pedicure ... it is all very exciting!  My grandkitty is an action hero in a movie!  I wonder if they will sell action figures of him ... I'll have to get one for all my friends!
I guess we'll have to tolerate all his mischief now that he's famous!  Sister has decided that he needs to start paying his own rent ... I think she should include the back rent as well ... hey, the $20 extra a month adds up!  I don't care how famous he is ... I still plan to call him Mr. NaughtyPants!
Just one more dimension of my very silly dillydally life!  Love it! ;-)
Posted by Mrs. DillyDally at 9:14 PM