The Making of a Heirloom! 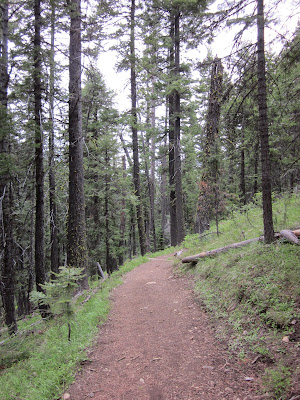 My grandfather was a logger.  The lumber industry is why he moved his young family from Minnesota to Oregon.  I wanted to create a keepsake or memento to honor our heritage. 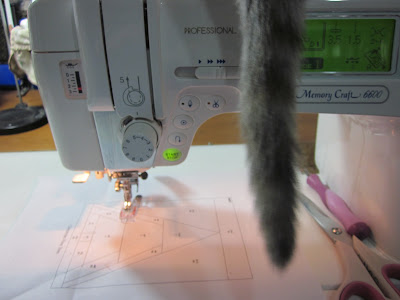 After  a lot of thought, Flicka and I worked on a project to honor the industry that has been an integral part of our family history.  I chose a paper pieced block pattern.  It is pretty obvious that Flicka didn't understand paper piecing!  ;-)  She is sew silly! 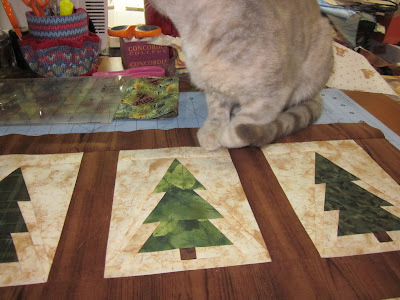 Those paws and claws of hers could not leave that paper alone!  She was "sew much" help while paper piecing, I didn't think we would ever get those eight little blocks done!  Uff da!  Once we were done with the paper ... she was much more comfortable!  We used a wood grained print for the sashing. 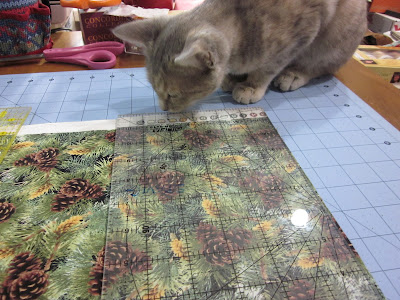 This print is from the 2011 Minnesota Shop Hop fabric line ... how appropriate to incorporate it as my grandparents were originally from northern Minnesota ... love it when life's little connections come together like that!  We used it for the borders! 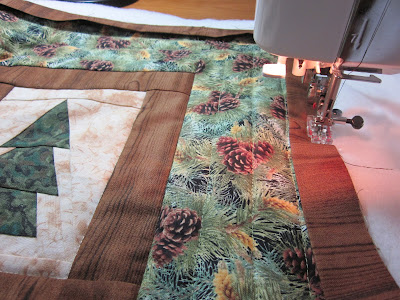 Two hours before we had to leave for the airport, I was sewing on the binding.  It's the dillydally way! ;-) 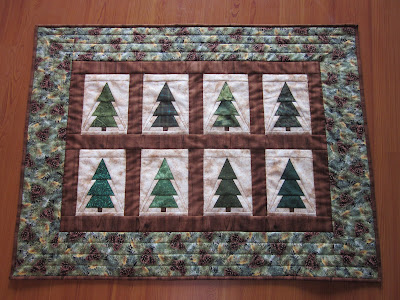 Eight trees.  The first to represent my grandparents, the others ... one for each of their seven children. 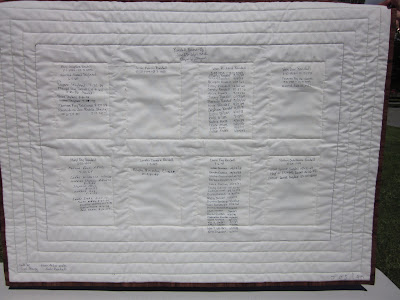 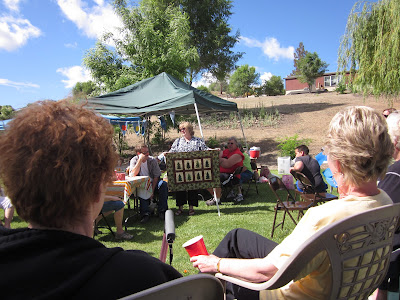 To determine who received the quilt, we had a drawing.  It was given to the family of my Uncle Nate. 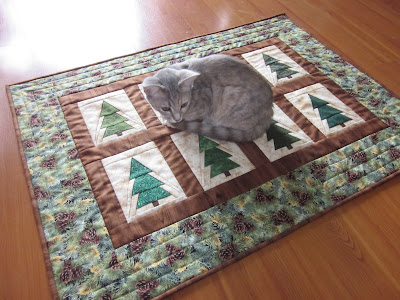 It is my intent to make one for every reunion until each branch of the family has one.  My hopes are that they will serve as a record for future generations ... many years from now!

Do what you love.  Create a heirloom.  Do dillydally!
Mrs. DillyDally