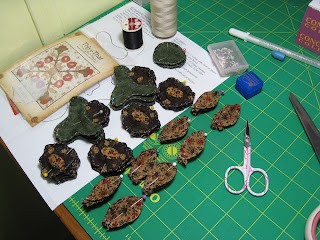 The first thing I did this morning was begin to tame the hand applique beast.  I finished basting down the edges of each piece except the stems.  I tackled those later in the day.

Spent a bit of time house cleaning...dreamed of spring...but it wasn't happening... 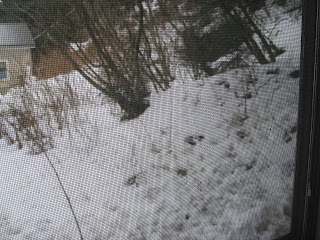 I took this picture through the screened window in my sewing room...as you can see...it looks nothing like spring in my corner of the world...I needed some inspiration...and it came in the mail... 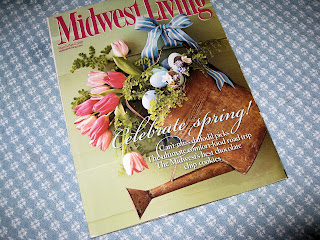 There was an article highlighting the six best chocolate chip cookie recipes in the midwest.  So I decided to make the one they gave first place.  It comes from "Lindsay's Chocolate Cafe and Coffee House" located in O'Fallen, Missouri.  It is similar to a traditional Toll House with the addition of rolled oats and grated milk chocolate.  I did leave out the nuts at Mr. DillyDally's request. 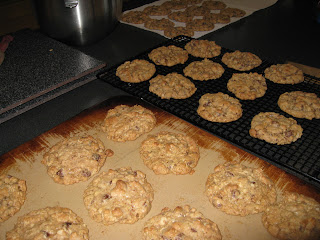 They are delicious!  Now if I were really ambitious I would try the remaining 5 recipes at well.  The DillyDally's do not need to have that many cookies readily available...it is just the two of us at home...I'll try those recipes another time.

By early afternoon it was time to dillydally again.  I looked at my list...promptly ignored it...and went back to continue taming the applique beast... 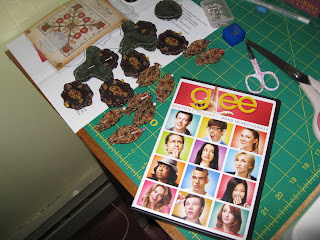 Decided to sweeten the experience by watching season one of the TV program, Glee.  I have never watched it, but it had good reviews and I thought I would give it a try.  I put the first DVD in and faced the challenge ahead of me...now that all the pieces had their edges basted under...it was time to tackle those 1/4 inch stems...UGH! 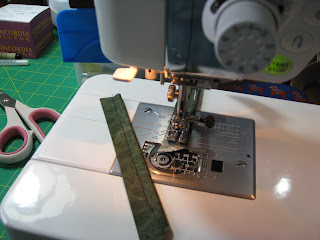 I had several choices of how to create these...finally chose the one I felt would give me good results...without making it any more difficult than these blocks already were.  I cut bias strips that were 1.5 inches wide...thank you Kay for cutting generous kits...folded them in half...sewed them wrong sides together 1/4 inch from the folded edge. 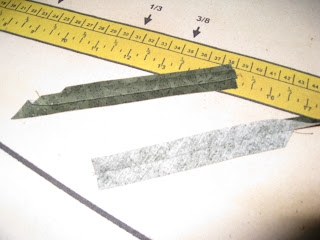 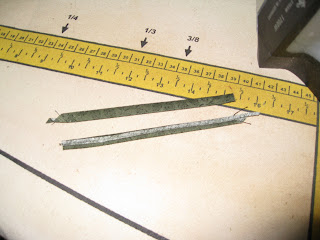 I then trimmed the seam allowances down to slightly less than 1/8 inch.  It was very easy...so far that was the only painless part of this road I've decided to travel...for that brief moment...I felt like I was making progress! 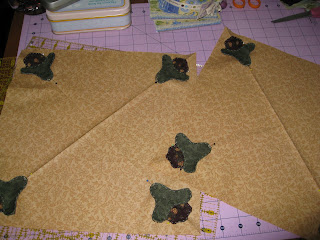 Finally...it was time to begin stitching things down...a slow process for me...but at least now the blocks are beginning to take shape...the light at the end of the tunnel is visible... ;-)
Glee is a very entertaining show...the afternoon flew by while I was busy taking charge of the applique challenge I created...and large fluffy snowflakes fell outside.  No...there are no signs of spring...but it was a day well spent...even when dillydally activities are challenging...they are ohhh sooo rewarding...I wouldn't have changed a thing.
Posted by Mrs. DillyDally at 10:36 PM