I am in serious need of a PITY PARTY!
In order to believe how bad the weather is ... you would have to live here.  Granted ... we expect bad weather living on the Alaskan coast ... in fact we're used to it.  However, we usually get a break between storms ... and one or two days of nice weather makes us easily forget a week long storm.  Last Friday was the only break we've had in the last five weeks ... and believe me ... it wasn't long enough to forget the rain and wind.  The weather doesn't usually get to me ... I can usually ignore it by focusing on my dillydally projects ... key word here is ... usually!

After walking around ... tweaking ... staring at my California Cruisin" Stars quilt all weekend, I began sewing the blocks together yesterday morning.  After sewing the first three rows together ... look what I noticed... 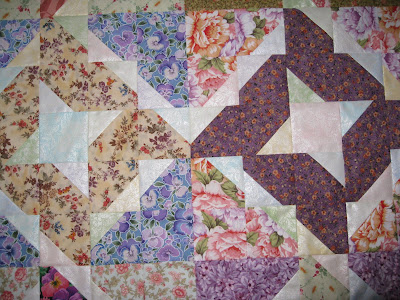 ... Ugh!!  Most of you don't know this ... but I'm a recovering perfectionist.  I took several deep breathes ... talked myself into believing that future great-grandchildren would sleep under this quilt and talk about how their great-grandmother wisely accepted life's imperfections ... 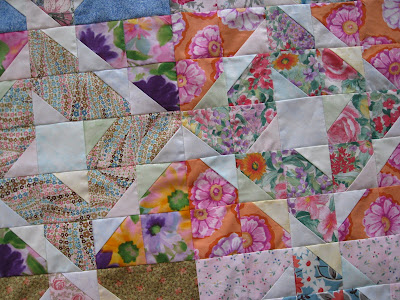 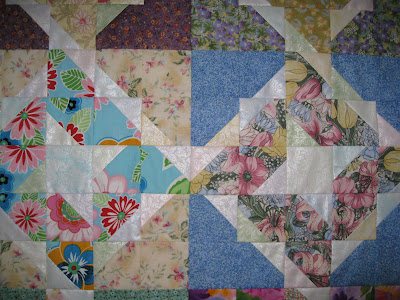 More?  What kind of cold medication was I using when I pieced these?  I found an additional two ... total of five ... just within the first three rows!  You'll notice that all of these are seamed in ... none of them were on the perimeter ... double UGH!  I knew I had better check the remaining 4 rows of blocks that were not sewn together yet ... 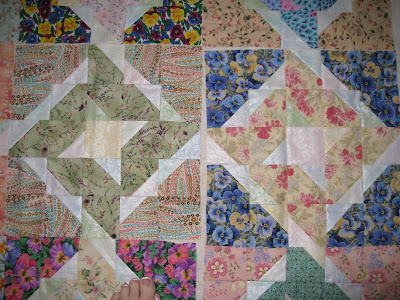 ... yep ... found one!  I was feeling super frustrated ... and who added those ridiculous toes into the works? Geeze!  Only the silliest person on the planet would "fantasize" that future generations would "romanticize" the  imperfections found in a quilt she had made.  That was it!  I quit!  I turned off the sewing machine and left the quilt right where it was on the floor ... all day.  Yes ... I had to walk around it ... and look at those imperfections ... the entire day!
In an effort to forget the obvious imperfections on the floor, I decided to add a post to this humble blog. Well, even though I tried to hide my current mood in the post I wrote ... my attitude didn't improve during the process ... here ... take a look ... 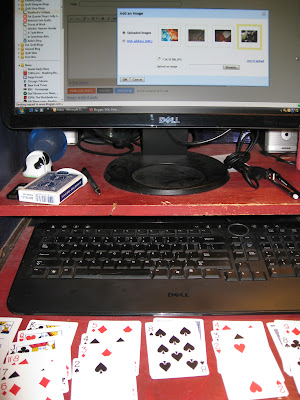 ... yes ... I am playing solitaire, the old fashioned way.  Our internet is so slow here ... it takes 6-15 minutes to download a photo when constructing a blog post.  I normally play cards, sudoku or knit while blogging, but yesterday ... I had little patience for it!
At this point ... it was about 11:00 am ... the storm inside my head was far worse than the one outside my window!  I needed to do something ... quick!
I took a very long hot shower ... put on my face ... and left the house.  QBee Terry B had invited me over yesterday to see her studio ...it was just the excuse I needed to escape my reality.  She recently purged, painted and reorganized her sewing room. 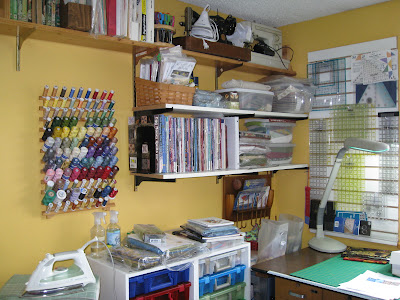 Isn't it beautiful?  I love the color she chose for the walls!  It is such a creative space ... 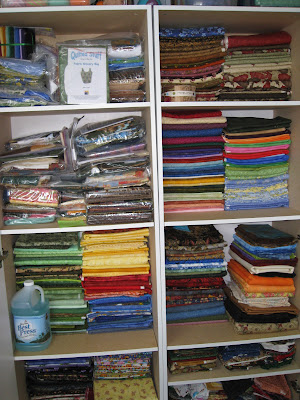 Look at how nicely organized her stash is ... so inspiring ... and there is room for more!  Love it! 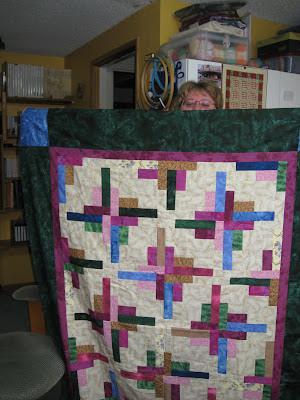 The best thing about purging and reorganizing is you find treasures that you'd either forgotten or pushed to the recesses of your memory ... Terry made this several years ago in a beginning quilting class offered by the community college ... it was the second quilt she made!  Don't you just love her peeking over the top of the quilt?  Just too cute!  The pattern in called Minnesota Hotdish by Terry Atkinson ... she plans to tweak it and then finish it! 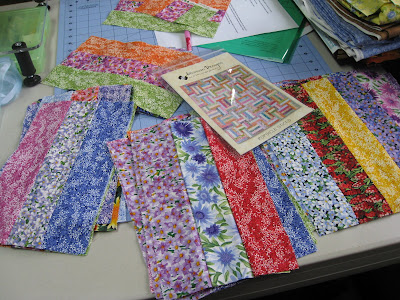 Her most recent quilt project is Popsicle Sticks ... also by Terry Atkinson ... yes, she is a huge T.A. fan as well! 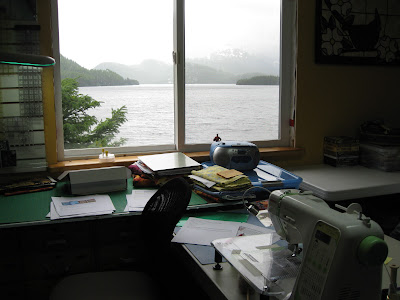 This is the view that Terry enjoys from her sewing machine.  Her home is located on Eyak Lake ... even during bad weather it is inspiring!  Terry retired a year ago, so her current full time career is dillydallying!  She deserves this gorgeous space to create the lovely quilts she makes!  All of us QBees are so happy for her!

Terry won't know until she reads this ... my time with her yesterday afternoon was just the medicine I needed to get over the serious case of crabbiness I had.  A change of scenery ... touching fabric ... discussing projects ... sharing ideas ... giggles ... the company of a dear friend.  Before long the sun broke through the clouds in my head ... the healing effect of a kindred spirit.  I wish for you the same cure when you need it ... do dillydally with a friend!