It had been two weeks since I had spent any time with "Her Majesty"!  By dillydally standards … that IS a crime!  I have been so busy with work … and have been guilty of brushing my dillydally lifestyle aside.  YIKES!  Did I just say that?  The words guilt and dillydally should never be in the same sentence! 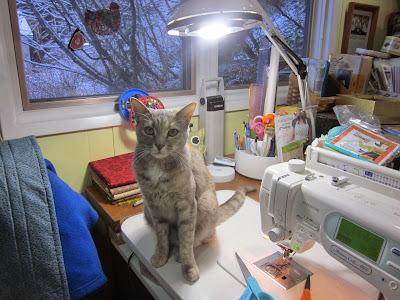 Flicka and "Her Majesty", ganged up on me this morning!  Look at the two of them!  I couldn't refuse … but the problem was … I didn't really want to drag out an PhD (Project Half Done) as I knew I had to go into work today for several hours.  I needed something quick and accessible … with no fuss. 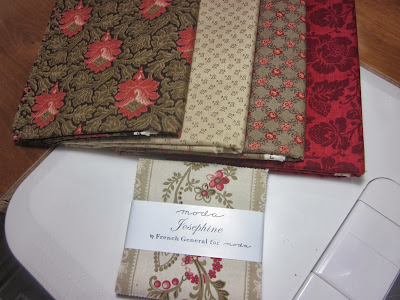 When life gets so complicated that I am unable to spend much time dillydallying … I tend to medicate by shopping!  I have loved all of French General's fabric lines … but this one really spoke to me.  Josephine was my mother's middle name and red was her favorite color. 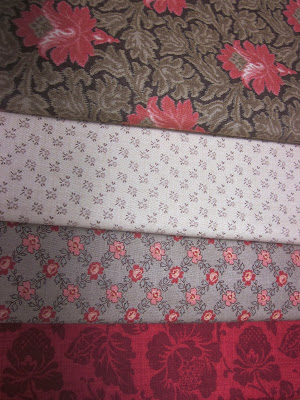 Neither of our local quilt stores carried this line so I ordered it online late last fall!  It has been resting patiently on my cutting table in the box it arrived in.  It is always difficult to purchase fabric when you don't have any plans on what you'll make with it … and not being able to see and feel it up close and personal … just adds to the challenge fun! ;-) 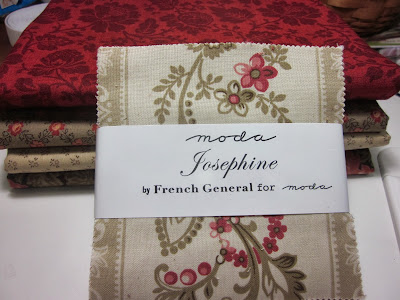 I only gave myself a two hour window of time … so I didn't want to spend it choosing a design or pattern.  I just wanted to sew! 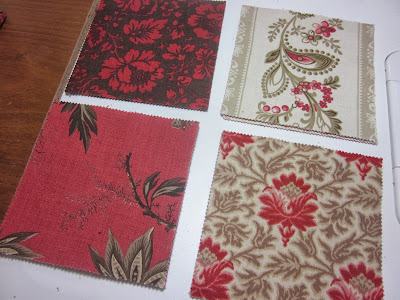 I love working with charm squares … first I divided the pack into color families … red, a toasty brown, cream and beige!  Having a very simple palette sure helped! 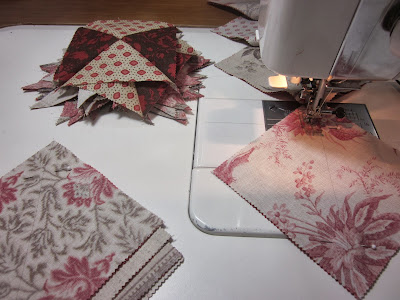 I've always wanted to make quarter squares with a charm pack … this morning was as good a time as any! ;-)  No … I have no idea what I will turn them into!  I am holding a dillydally whim responsible! 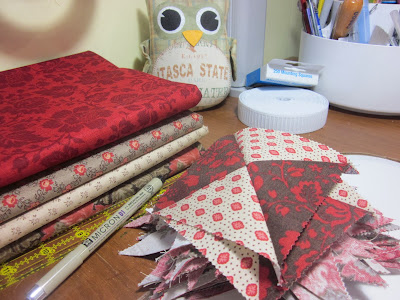 Before long I had a pile of 40 quarter squares … it felt wonderful! 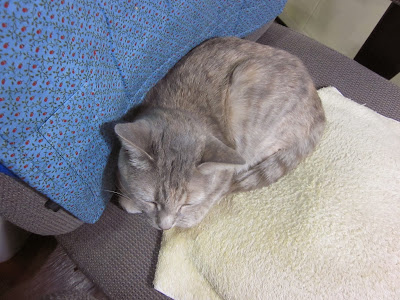 Lil' Miss Snoopervisor believed she had earned a nap … in my sewing chair!  When I get up to iron or cut she loves to steal my spot!  Such a silly kitty! 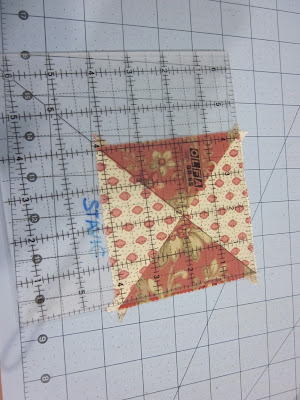 After the squares were pressed, it was time to trim them.  I could have trimmed them into 4 inch squares, which would have resulted in 3.5 inch finished blocks.  Hmmm... 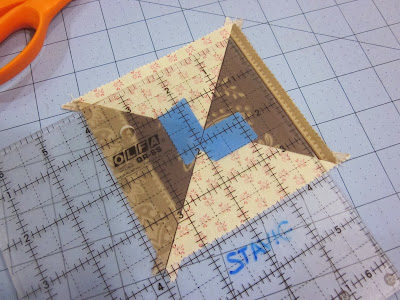 Since I have no idea what I'll be doing with them … I decided it was best to trim them to a more versatile size … 3 inch finished.  I ran out of time, so most of them still need to be downsized. 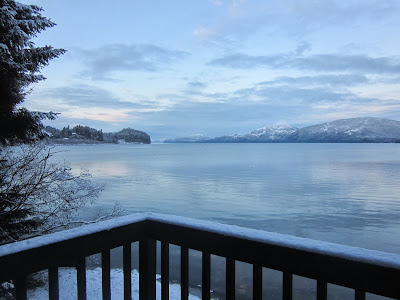 It was a beautiful morning … and a very therapeutic one as well!  I spent a very productive afternoon at work … because a bit of dillydallying this morning brought some balance to the day!  I hope that this post will serve as a reminder … to me … and us all.  We can accomplish more if we have balance in our lives.